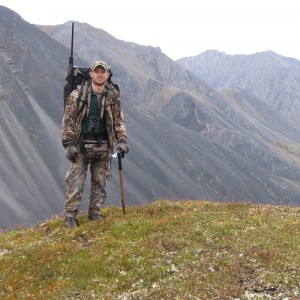 Evan was born and raised in Anchorage, Alaska. He graduated with honors from Dimond High School in the first graduating class of the Japanese Immersion Program. He went to Colorado State University and obtained a bachelor’s degree in Business Administration then returned to Alaska and worked as a field engineer for a large commercial construction company before starting law school.

After law school, Evan returned to his home state of Alaska and opened his own law firm in Anchorage. Evan practices in many areas of law including Criminal Defense, Family Law, Personal Injury and other civil suits. Evan is admitted to practice in both the state and federal courts in Alaska.

When not assisting his clients with their legal needs, Evan spends his time enjoying hunting and fishing in Alaska. Evan also enjoys world travel and studied abroad in Australia while obtaining his undergraduate degree.

Contact an Alaska Law Firm today. The Law Office of Evan Barrickman P.C is available for a consultation on your legal issue.

© 2020. The Law Office of Evan Barrickman P.C. All Rights Reserved.
Design by: Create the Movement
Scroll to Top